Executive board at Veganz Group Inc.

Jan Bredack was born in 1972 in East Germany and began his career in the automobile industry. After the fall off the Berlin Wall, he started working for Daimler-Benz. There he was responsible for setting up the entire customer service function within the German truck sales organisation. While working, he attended and successfully completed several management programs at the renowned University of St. Gallen (Switzerland). At Daimler, he finally took up the position of Head of Sales and Service for commercial vehicles in Germany where he was responsible for the entire so-called ‘after-sales business’ for the German market. He was 30 years old at the time of his appointment. He then moved on as Technical Director to the management of Mercedes-Benz Trucks Vostok Corporation, a joint venture between Daimler AG and the Russian truck manufacturer KAMAZ, and was responsible for the construction of the first production plant for Mercedes trucks in Russia as well as setting up their sales organisation. 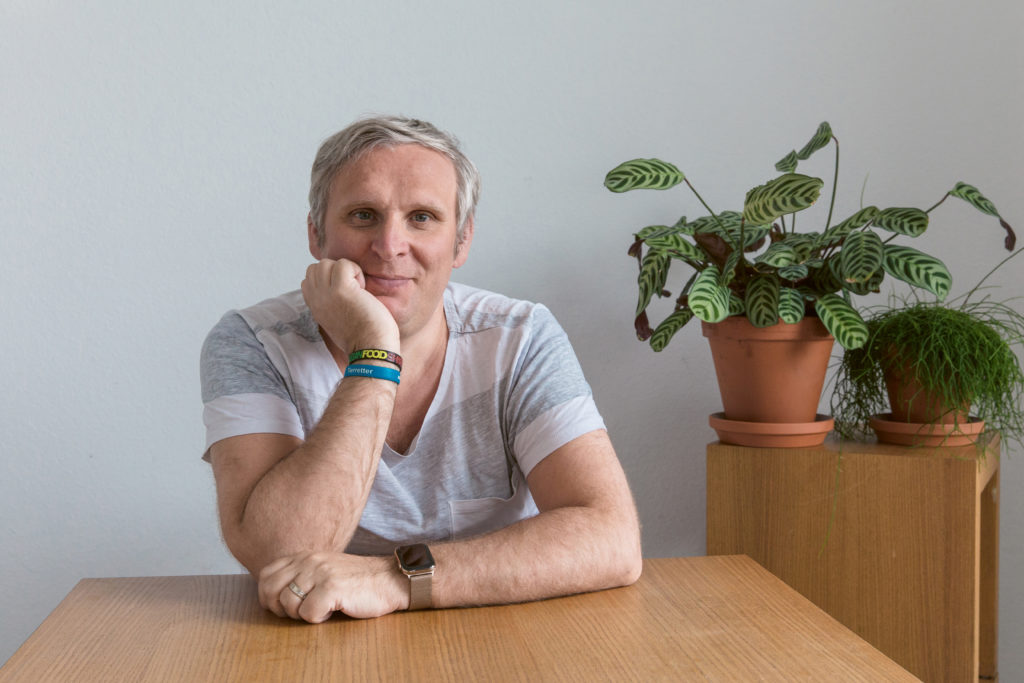 In 2008 he adopted the vegan lifestyle and in the spring of 2011 founded Veganz, which went on to become one of three national finalists at the renowned German Founders Award. At the end of 2014, Jan Bredack was voted Person of the Year by the charitable foundation PETA Germany. (“PETA”). In 2015, Veganz received the PETA Progress Award for Sustainable Management.

The company still runs three supermarkets and its brand is one of the few full-range suppliers of vegan products worldwide.

Anja Brachmüller can look back on 15 years of purchasing experience in the national and international sector of sustainable and organic food as manager and later in leading positions. She was in charge of the purchasing and procurement of raw materials and products from mostly third world countries with one of the German Fair Trade pioneers – El Puente – and later at Rausch Chocolate, having them processed and marketed in Europe.

Before joining Veganz, Ms. Brachmüller was responsible for the purchasing department of Ökofrost, the Berlin wholesaler for organic and frozen food, for several years. She joined Veganz in February 2017 as Head of Purchasing and is now responsible for product development, quality management, purchasing and supply chain management of the Veganz Group and its branches in her function as COO.

Mario Knape became CFO at Veganz in October 2018 and has more than 8 years of management experience. Within Veganz, he is responsible for the finance and administration departments, which mainly consist of controlling, accounting, legal, human resources and IT. Before joining Veganz, Mr. Knape held various positions in controlling and risk management at Wuerttemberg Insurance. Prior to that, he was responsible for corporate legal and strategy at the W&W Company. Mario Knape began his career in the financial industry after earning a degree in business administration and statistical methods at the University of Mannheim in 2007. He gained initial experience with financial markets and financial instruments in the M&A practice at Lazard.