Are you still looking for a simple yet super tasty side to have with your BBQ? In that case, we’ve got the perfect recipe for you! This traditional pasta salad is vegan, quick to make, and so tasty that even your fussy grandparents, aunts, and uncles will love it. Let’s get the BBQ season going and show everybody how easy and tasty it can be to make your BBQ vegan. What you’ll need: mayonnaise-style Veganz Sandwich Spread in the handy squeeze bottle and Vegan Bologna Sausage as a hearty extra. Yum, now just look forward to a pasta salad that’s as good as grandma’s.

Must haves for the BBQ
What are the things you can’t go without on your colourful BBQ table? Veganz Sandwich Spread Classic or Remoulade Style for sure. The vegan mayo isn’t just the perfect addition to a pasta or potato salad, it also makes an amazing dip for the hearty Veganz BBQ Sausages or for your crispy garlic bread straight from the BBQ. And don’t worry about artificial flavourings in our vegan mayo: we manage to give it its traditional flavour without all the extras. Yummy scrummy! These plant-based spreads are simply the best in a salad. We promise! 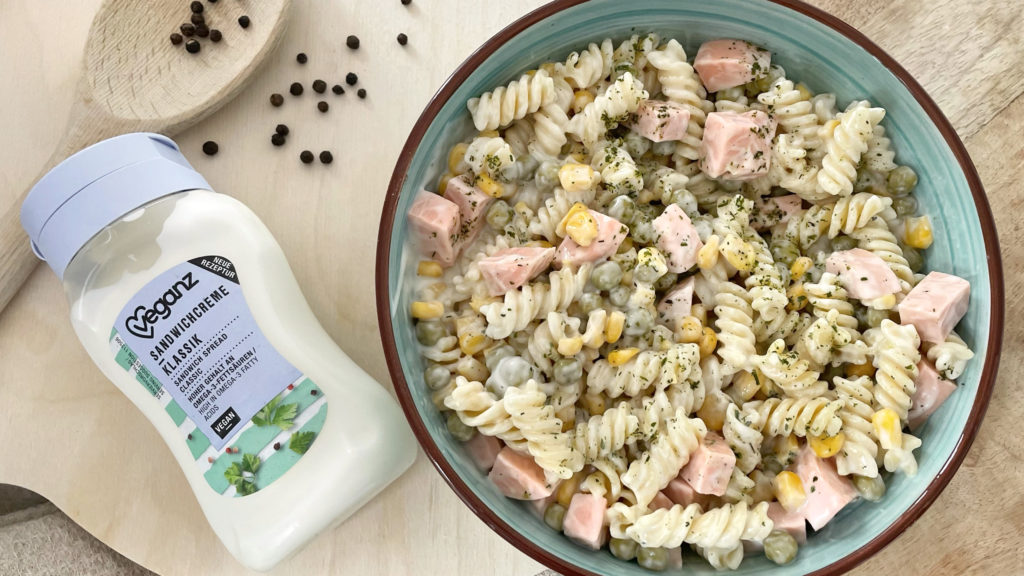 Here’s how it works.

Our products for your recipe creations

There are over 125 Veganz products in our online shop

Have you been searching for yet another newsletter to land regularly in your email box? No problem at all. Simply register for ours! Trust us: It will make your collection complete!