At some point, everyone feels that urge to pack their bags and take off. It just overcomes you – sometimes suddenly, sometimes gradually – and draws you in. You need to see the word, discover new places, get to know other cultures, and simply relax and unwind? Then get ready for your very own adventure, and don’t forget to pack a few vegan snacks from Veganz. This way, you’ll be well prepared to fend off any hunger pangs. Eating vegan while travelling – not a problem thanks to Veganz! 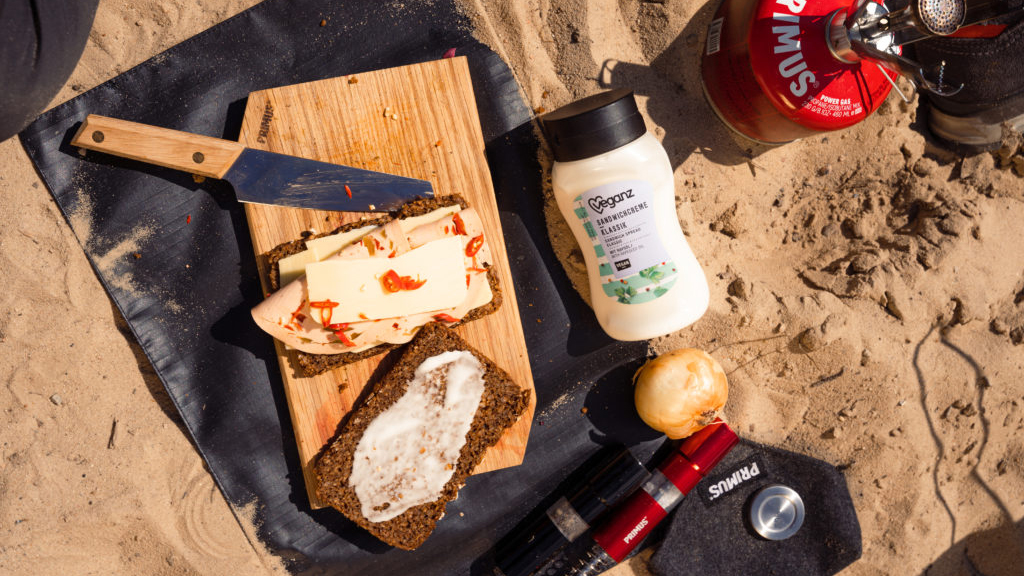 Eating vegan on an outdoor excursion

You’ve opted for a camping trip in nature, and the closest supermarket isn’t exactly around the corner? Don’t worry, with a little planning, preparing your meals is a piece of cake. Of course, you can get by on cold tinned ravioli and bread – but wouldn’t that be rather boring? And in any case, that doesn’t exactly make for a sustainable, healthy, and tasty food plan. Be sure to pack the right equipment for a camping trip. A gas cooker, space-saving sets of saucepans and dishes, as well as storage tins will all be a lifesaver. Aside from fruit and vegetables, you can conjure up a few easy, delicious dishes from long-life ingredients such as pasta, rice, couscous, dried soy or oats. Or how about an upgrade? A well-equipped kitchen that comes with a hob, oven and fridge is often included when you’re “glamping”, allowing you to prepare your meals as if you were at home. 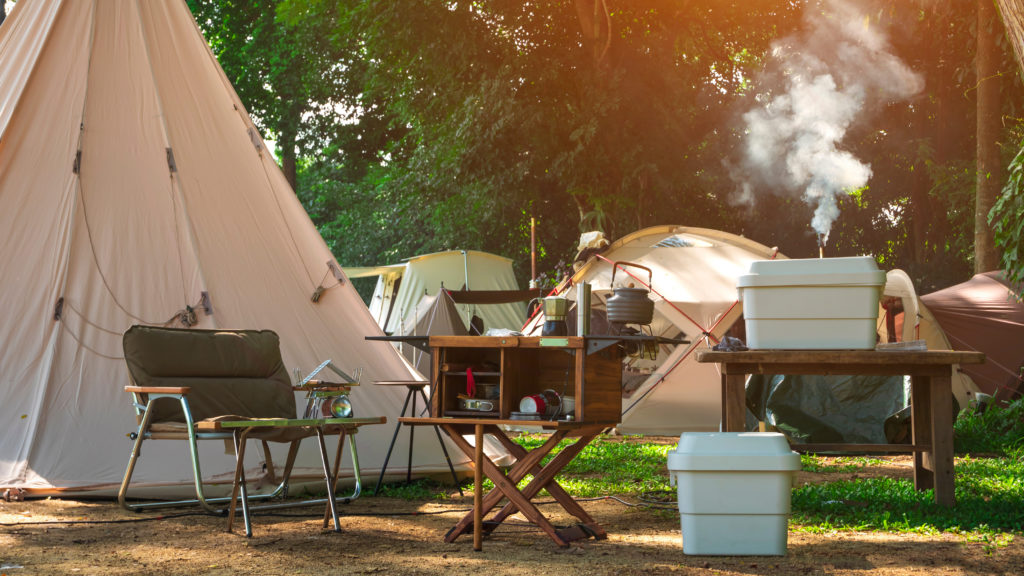 You’ll really work up an appetite during a hike or bicycle tour. That’s why you should always have handy snacks in your bag. And let’s be honest – what’s more relaxing than polishing off a chocolate bar or tasty sandwich while taking in a view of nature? Why not slather your bread with one of our Veganz hemp spreads and top it with a slice of vegan cold cuts or one of our three types of gourmet slices? If you prefer a sweet treat, we highly recommend our Veganz Ohnig. Add a few dollops to your sandwich along with some sliced banana, and you’ll find yourself in seventh heaven in no time. If you’re looking for a snack, you can’t go wrong with our Veganz Protein Choc Bars as well as our many different cookies. They’re also great for sharing. 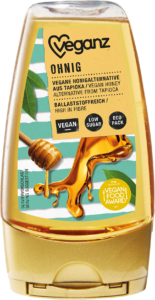 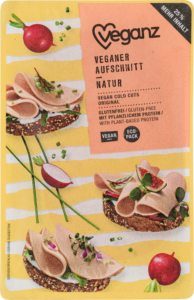 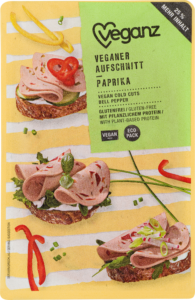 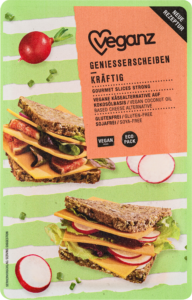 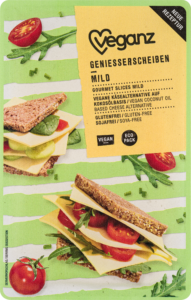 Eating vegan on a plane 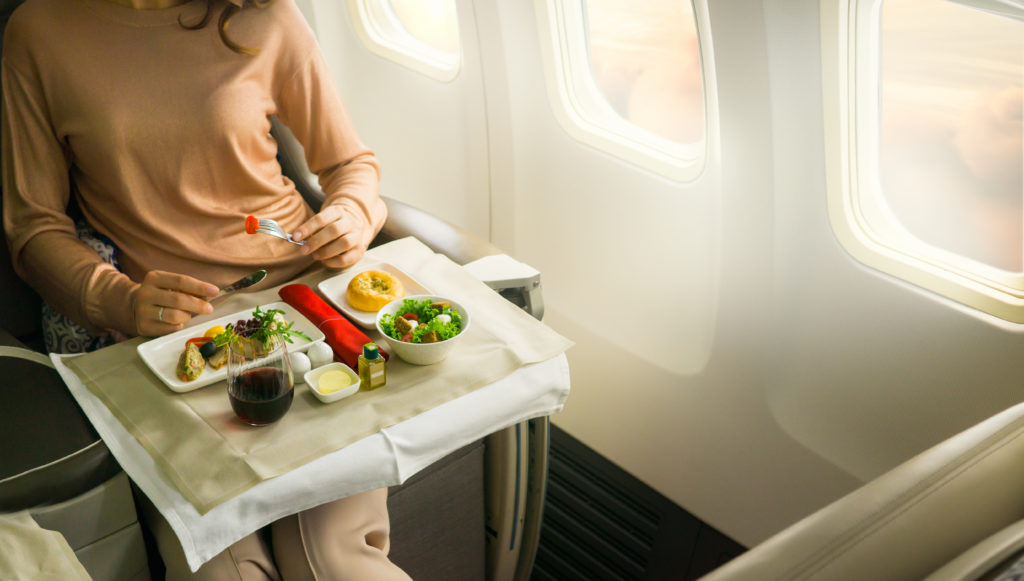 For longer journeys, you won’t get around hopping on a plane. While trains represent the environmentally friendly option for shorter routes, this is hardly possible if you’re travelling halfway around the world – especially considering the time this would take.
For long-haul flights, many airlines allow you to book a vegan menu at no extra charge until shortly before take-off (24 to 48 hours before departure). Use the international abbreviation for vegan meals for your booking: VGML. By the way: special meals are served before all others. Hurray!

To be on the safe side, we recommend asking at check-in whether your vegan menu order has been registered. This way, you’ll have the option of grabbing a snack or two as an alternative right at the airport.

Vegan options on a plane

Eating vegan and travelling by train 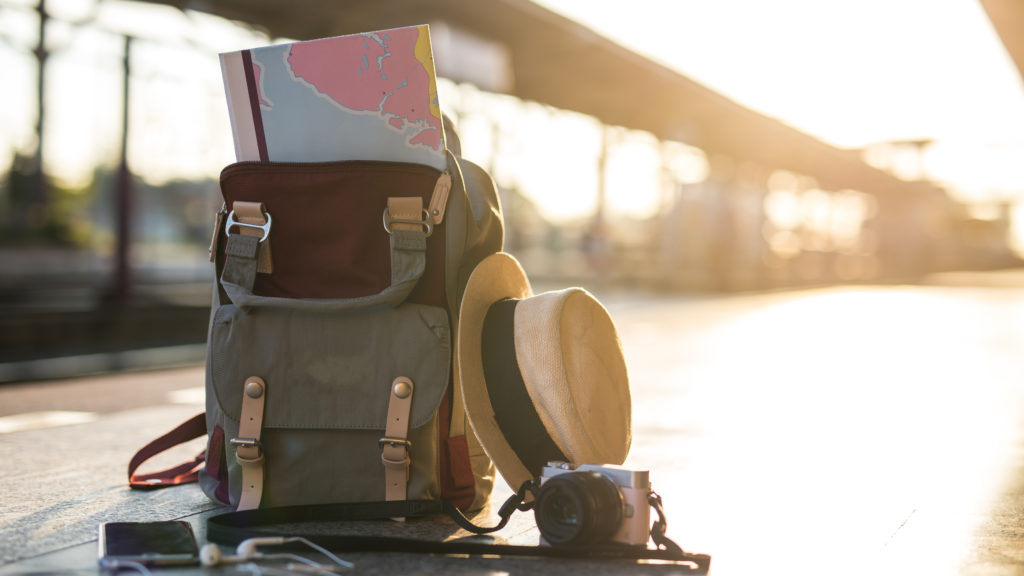 You’ve decided to take the train? Whether you’re simply travelling from A to B or making the journey part of the adventure – like with Interrail, for example – there’s nothing to worry about!

If you’re embarking on a longer journey, chances are you’ll have to change trains at some point. That can be stressful and often pretty annoying. But you can kill some time by searching for a vegan dish – and stretch those legs in the process. Major chains such as Kamps, Nordsee and Scoom frequently offer vegan options.

BackWerk also has a selection of bagels, borek, wraps and pizzas as well as vegan strawberry-rhubarb cups.

At dean & david, you can choose from the Veggie Buddha Bowl, various soups and fresh smoothies, while Starbucks will serve you any hot or cold coffee – from Latte Macchiato to Coffee Frappuccino – with plant-based milk.

If you’ve ended up at a slightly smaller train station, your best bet is to make your way to a snack kiosk. Here, you’ll surely find one or two products that happen to be vegan: These could include Mr. Tom, Mamba, manner Neapolitan Wafers and Oreo Original. Chips with ketchup also tend to be available everywhere and are vegan as long as they haven’t been prepared in the same fryer as chicken nuggets or other meat products.

If your stomach starts rumbling so much that your snacks will no longer suffice, Deutsche Bahn might have a suitable solution for you in the form of a tasty vegan dish. Since 2017, nearly half of all meals offered in the on-board restaurant are vegetarian, and they include some vegan options as well.

These are marked with the dark-green “veg” symbol. Since the start of 2018, Deutsche Bahn’s menu features a vegan mixed barley salad, a curry-coconut soup and focaccia straight from the oven with tomatoes and olives. 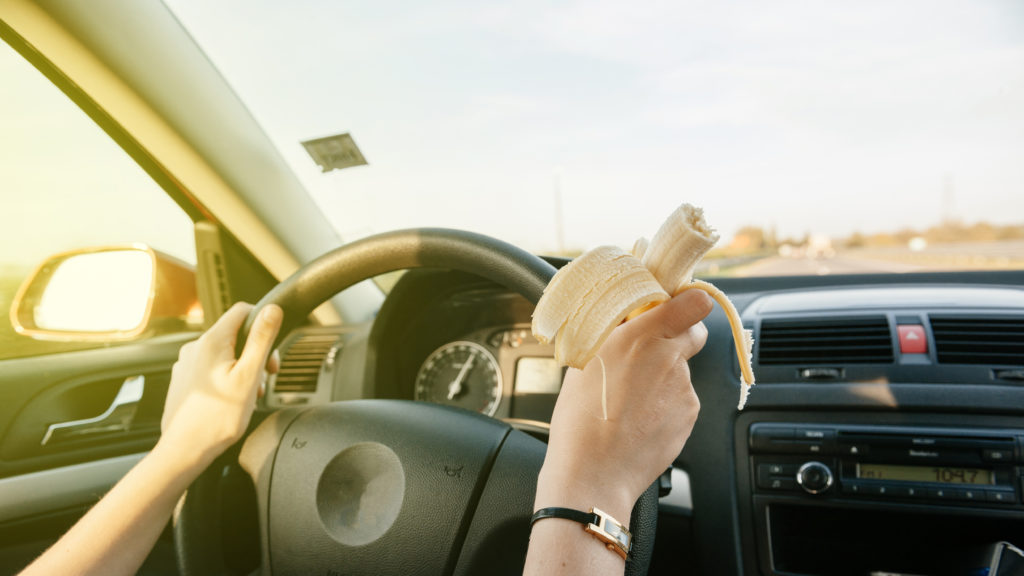 Travelling by car gives you a lot of flexibility and allows you to decide for yourself when to get going and in which direction. However, you could also find yourself on a route that isn’t exactly strewn with service stations. That’s why it’s particularly important to stock up on snacks for car trips (see The ultimate snack package).

If you’d rather not eat your meals in the car, you can look up the service stations on your route in advance and enquire about their vegan options. Even if it’s a restaurant located just off the motorway. This way, you’ll also get a break during your strenuous journey – and that’s never a bad thing.

Calculate your ecological footprint yourself 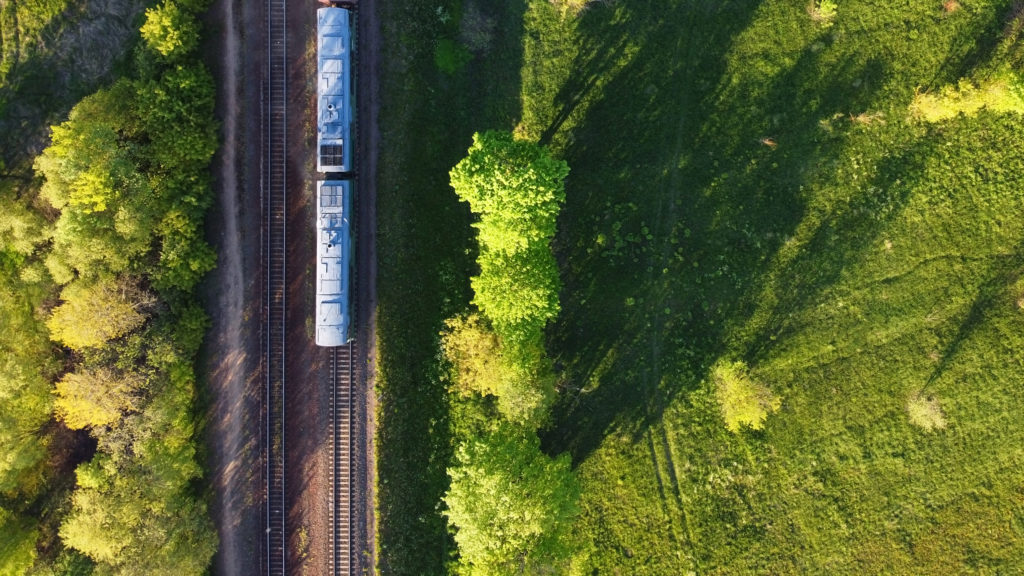 For any trip, you’re faced with the choice of finding the most suitable mode of transport. We’ve all been there – factors such as prices, convenience, flexibility, and time play a crucial role here. But it’s also advisable to keep an eye on your ecological footprint and weigh up the options: Do I really need to fly, or could a train trip be a great adventure as well?

An ecological footprint looks at the impact of human activity on nature and measures the change and strain it causes. At www.fussabdruck.de, you can calculate the ecological footprint you would leave behind during your trip, or just in everyday life. A vegan diet already has a significant positive impact on the size of your footprint, but it’s also influenced by other factors.

On the atmosfair website, for example, you can offset your CO2 emissions from a flight or cruise by means of a monetary contribution. This money is immediately used to support climate protection projects that focus on research and development of renewable energy.

Did you know that you can look up the ecological footprint of our Veganz products using the Eaternity Scores? You can find these on the packaging or on the respective product page on our website, so you’ll always be in the know.

No matter what means of transport you opt for, we hope your next trip is fun, relaxing, and filled with delicious food. Enjoy new cultures, bring home exciting discoveries, and have a wonderful time! Eating vegan while travelling? The easiest thing in the world, right?!