A true classic among pasta sauces and eternally remembered by nearly everybody as their favourite childhood food: yummy bolognese for those days when you’re really hungry. For this hearty dish, all it takes is a few steps to prepare a flavourful tomato sauce. In place of minced meat, use our Veganz Soy Mince to give the meal its meaty texture. One thing you can definitely be sure of: this vegan bolognese recipe is at least as good as the meat-based version that you surely remember from your childhood.

Did you know: in its country of origin, the minced meat sauce from the northern Italian city of Bologna is actually never served with spaghetti like it often is in many other countries! The Italians tend to serve the sauce with tagliatelle. And just like most other types of pasta made in Italy, tagliatelle isn’t vegan either! Traditionally, the dough is made with egg, so you won’t just need to pay attention to the sauces on your next holiday, but also to the type of pasta they use!

How to veganise a traditional bolognese sauce

Based on the original bolognese sauce – made with carrot, celery, onion, puréed tomatoes, and vegetable stock – there’s not actually much you need to change to make the sauce vegan. Simply use your plant-based alternative to minced meat of choice – like the Veganz Soy Mince. First, soak it, then drain it, and finally fry the Soy Mince until it smells roasted. After that, you simply prepare the sauce the same way as usual: sauté the vegetables, add tomato paste, and douse it with chunky and puréed tomatoes. 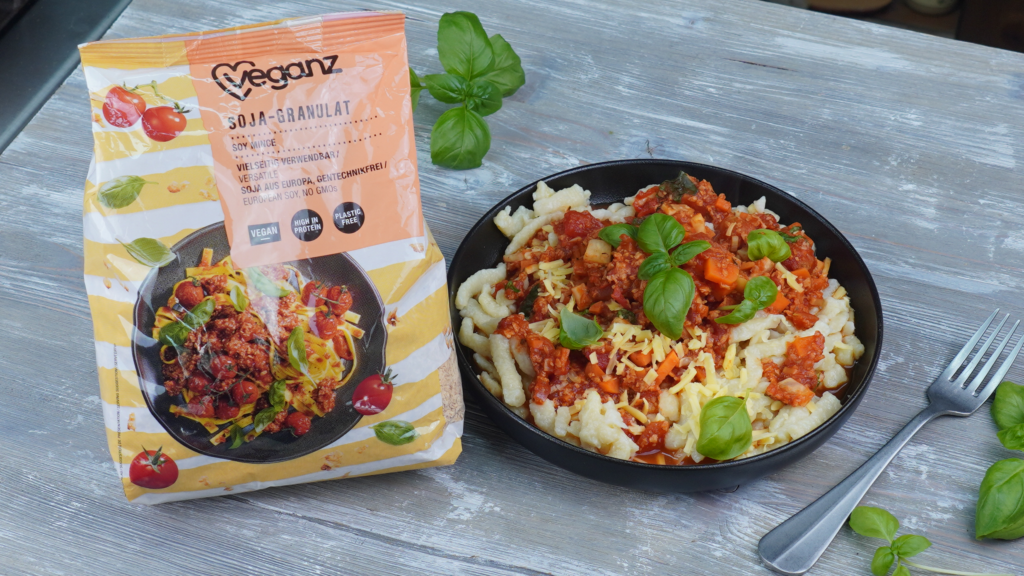 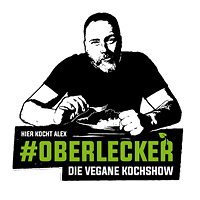 Here’s how it works.

Our products for your recipe creations 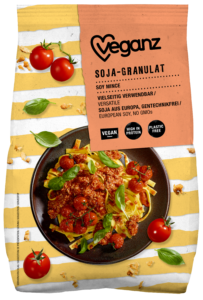 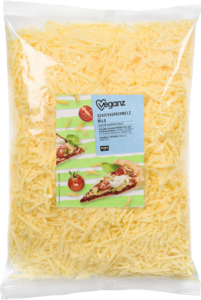 Recipe from: Hier kocht Alex
Alexander Flohr, better known as "Hier kocht Alex" is not exactly the prototype vegan considering he is a master road builder. As a YouTuber, cookbook author, and TV chef, he shows with his recipes that you don’t have to do without as a vegan. From Königsberger meatballs to Soljanka, he brings well-known classics to the table in a purely plant-based version!
Source: Hier kocht Alex
Copyright: Hier kocht Alex
Photo: Hier kocht Alex

There are over 125 Veganz products in our online shop

Have you been searching for yet another newsletter to land regularly in your email box? No problem at all. Simply register for ours! Trust us: It will make your collection complete!