Why it’s Better to be Vegan than Vegetarian

A question often asked by non-vegans is, “Why should I become vegan? Isn’t it enough that I’m a vegetarian?”  The answer is: yes and no.

Giving up meat is definitely a good start and especially for beginners, it’s a huge step in the right direction. But we have to be honest: Vegetarianism still continues to put animals, humans and the environment under duress. Which is why we’ve put together a list of 5 reasons describing why the decision to change to a vegan diet will be the best decision of your life and for those around you. 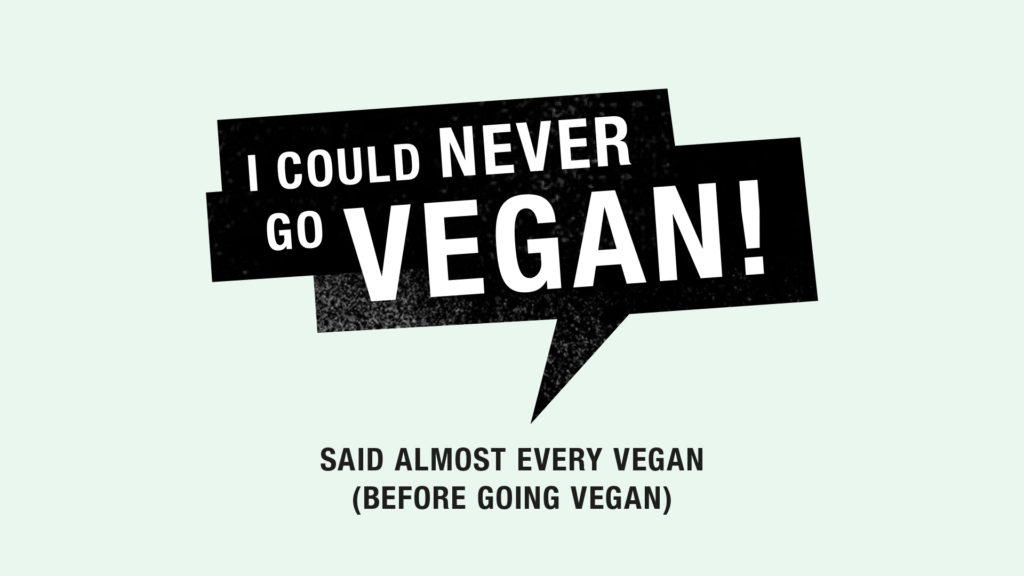 5 Reasons to Say Goodbye to Vegetarianism

1. Animals continue to suffer and die in intensive livestock facilities

Of course there’s the organic farmer around the corner who promises milk and eggs from happy animals. We also somehow believe it’s possible to the eat eggs of hens who don’t suffer. However, that is more the exception than the rule.

The farming conditions in the milk and egg industry are, in general, not animal friendly. Because of a lack of space, for a large portion of their lives, chickens, cows, sheep and goats are kept in stalls and forced to stand in their own excrement bearing painful wounds, living a dreary life. Udder infections and back problems are due to the far greater capacity of the udder, which has only been made possible by overbreeding.

In addition, countless animals die every day: Cows have a life-expectancy of about 20-30 years. As so-called farm animals, however, they are slaughtered after about five years because the milk yield decreases and the animal is no longer profitable.

It’s not much different with their fellow sufferers: When a chicken can’t produce enough eggs anymore, the path to the slaughterhouse is not far away (6;8;9).

Cows produce milk – just like people – only after pregnancy, which means they have to be artificially inseminated over and over again.

Did you know…? With every glass of milk you drink, you are supporting the calf meat industry.

Right after birth, the calves are taken from their mothers and sorted by gender: Male calves  are sold for fattening then slaughtered a few months later and female calves are locked away and cultivated for the milk industry. (8;10) 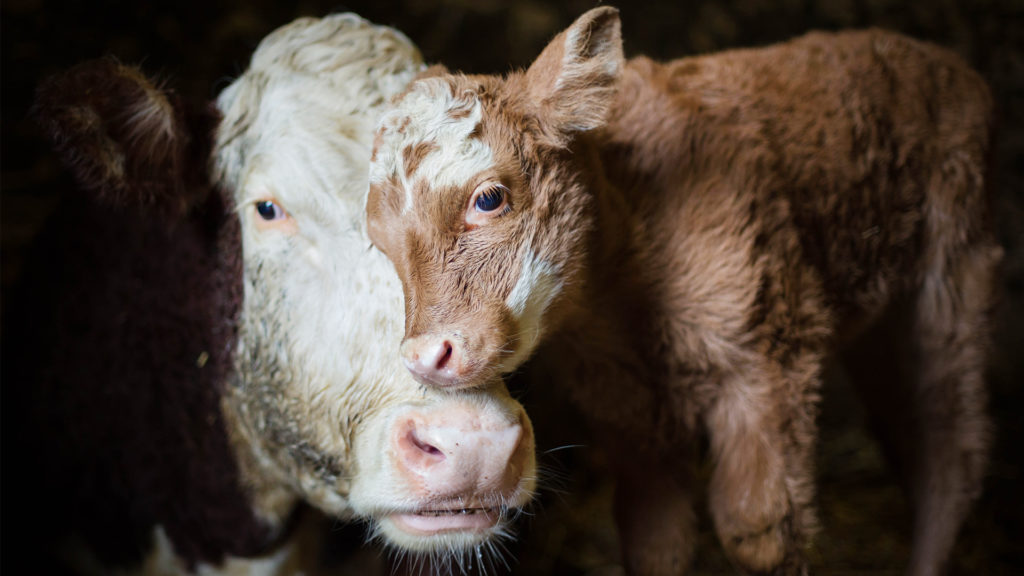 So that we are able to consume an unbelievable 235 eggs a year (Stand: 03/2017) chickens are turned into “laying machines” that will lay 1 egg a day. To compare: wild chickens lay an average of 60 eggs a year and can live up to a stately 50 years old (11), as opposed to their fellow chickens who are held in cages (who live up to a mere 3 years).

Overbreeding and the lack of space also ensure here that by no means can anyone speak of species-appropriate attitudes.

Did you know that around 800 million people around the world don’t have enough food or clean water? That’s horrible and it doesn’t have to be this way! Theoretically, each person has around 2000 m² arable land at their disposal. There’s enough for everyone, but it all comes down to how we feed ourselves!

You can see how a waste of resources goes hand in hand with world hunger. The more animals that are kept, the more feed needs to be grown. The yield that animals produce should be set at a ratio of 1 to 10 compared to what is lost in plant calories. This means that the more animal products people eat, the less food is ultimately available to the population. Instead of using soy and grain directly, the majority of it is fed to animals from the dairy and egg industries. This is highly inefficient and makes people hungry (6;7).

Vegans are mistakenly made responsible for deforestation through their consumption of soy products like tofu and soy drinks. That is, of course, complete nonsense! The majority of soy imports – and we are talking about more than 80 percent here – will become protein-rich feed for industrial animal fattening. (12).

Because of the sheer amount of animal farming, not only are forests cleared out but additional pesticides and liquid manure seep into the drinking water as well as the high consumption of water, grain and fossil energies that are created. This doesn’t just go for the meat industry, but for the milk and egg industries as well. Water and resource waste, as well as water pollution, are becoming very series issues.

By the diversion of the energy from the grain to the animal and into our food, much more water is needed. In some countries this is already leading to a massive shortage. A vegan diet helps to save huge amounts of water and is a great contribution to preventing some of our most imminent climate and environmental disasters. (6;7).

4. Milk products can make you sick

Substances such as animal protein, sex and growth hormones, saturated fats and cholesterol are contained in milk and milk products. According to the China Study by Prof. Dr. Campbell, the intake of substances through food can be dangerous to human health. Milk proteins are partly responsible for Type 1 Diabetes and other autoimmune diseases, such as multiple sclerosis. Milk also increases the risk of osteoporoses and could have a connection with heart and cancer diseases, high blood pressure, Type 2 Diabetes, allergies, and even psychological illnesses have been detected, such as Alzheimer’s and other types of dementia (4;5).

The Swiss Federal Office of Public Health (BAG), as well as other scientists, have repeatedly ascertained that milk and dairy products belong to the foods having the highest toxic content. More than 90% of all toxins, like dioxide and PCB’s, are in animal products. Plant-based products are less toxic for the environment and generally less polluting, due to the shorter food chain (1;2;3).

Furthermore, the consumption of dairy products inhibits the absorption of iron from other foods. One of the most important functions is the binding of oxygen in the red blood cells. If the body absorbs milk products and the saturated animal fats they contain, according to Dr. Ernst Walter Henrich, iron uptake from other foods is inhibited. (2).

We’re not telling you anything new, we just wanted to take the opportunity to say: There are an amazing amount of plant-based milk alternatives in the supermarket and drug store, like vegan oat, soy and almond drinks, that will make your taste buds happy. There is really something for everyone.

So far we’ ve developed over 400 vegan products for you to choose from. Including: vegan bars, handy wafer biscuits, fruity & sparkling gummy animals and chocolate bars, as well as crispy biscuits, creamy cheese alternatives, authentic smoked lox and purely plant-based nuggets, barbecues and schnitzels, to name just a few of our sweet and savoury treats… To be honest, we have just about everything for every foodie! 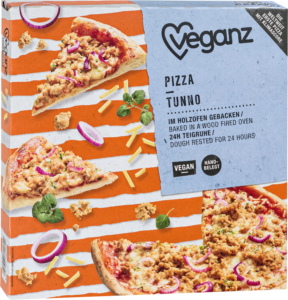 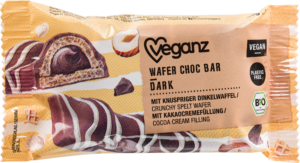 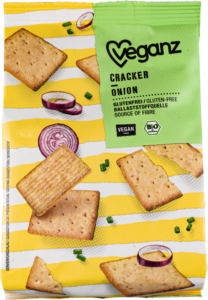 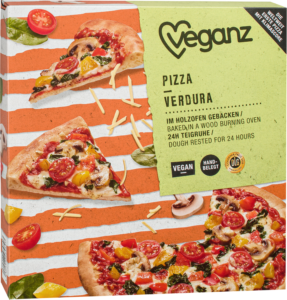 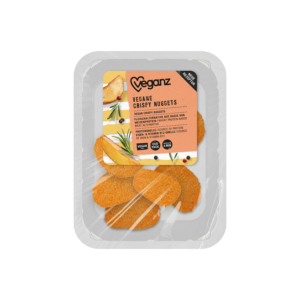 5. It’s delicious and easy to be vegan

There are so many vegan food items to be found all over and even at home you most likely already have many items that are suitable for vegan cooking or baking. Many vegetable dishes are also easy to make and (mostly) don’t contain ingredients that go bad very quickly, like eggs and fish.

We offer a colourful variety of recipes on our recipe data bank. You can also find the suitable Veganz product in all our participating partner stores like Edeka, Rewe, Globus, Spar, Rossmann, dm, Müller and also online at vekoop or amazon. With the help of our branch finder, you’ll certainly be able to discover delicious vegan items at a store near you, soon.

As you can see, a vegan lifestyle over a vegetarian one is definitely preferable on the basis of unbeatable and proven facts.

The vegan lifestyle is completely sustainable and geared toward the future. You can have a positive influence on the world when you buy plant-based products!